ByStefan Theil
Standing out: In the Global Competitiveness Index, Germany scores higher than the U.S. on several measures, including the quality of its institutions and infrastruc­ture. See details on the scoring in the report listed in More to Explore.


In Brief
·         Germany owes its robust economy of recent years in part to the success of its manufacturing sec­tor, from basic materials to tools on the factory floor.
·         The reason Germany has remained competitive against cheaper manufacturers in Asia and else­where is that it has made good use of new technology.
·         The Fraunhofer network of technical institutes is an example of how researchers and manufacturers work closely together in industry.
·         The Germans have excelled in old industries such as automobiles and are building centers of excel­lence in biotechnology and other emerging areas.

The World From Berlin:
'Electric Cars Are Far Too Expensive'

The German government said last year it wanted to see 1 million electric cars on the road by 2020. But this week it conceded that the goal is probably out of reach. Media commentators argue that battery-powered cars are too expensive and don't have a long enough range to make them attractive to consumers.

Electric car fits neatly into the German government's plan to leave the dirty world of fossil fuels behind it by mid-century. Just over a year ago, Chancellor Angela Merkel set the bold goal of increasing the number of electric cars in the country to 1 million by 2020. But today there are only 4,600 of them driving on German roads, a mere 0.01 percent of all registered cars, despite years of research. So much for a high-voltage success story.


German drivers don't want electric cars, and it's not hard to understand why not. Part of the problem is that most e-cars can't travel further than 100 kilometers (62 miles) before needing a recharge. Prices, too, can run as much as €10,000 ($13,000) higher for an e-car than one with a traditional internal combustion engine.

On Monday, Merkel hosted a meeting with the heads of Germany's major automobile manufacturers, including BMW, VW, Porsche and Daimler, to talk about e-cars. She admitted that, as of today, it "wouldn't be easy" to meet the government's goal and that 600,000 electric cars by 2020 is more likely. The chancellor noted that as the technology advances, those numbers might quickly change for the better.

Massive State Aid
The country has already pumped €500 million in state aid into the promotion of electromobility as part of its fiscal stimulus measures during the global economic crisis. By 2013, Berlin is expected to provide an additional billion euros in funding for research and development projects. However, the chancellor has refused to offer incentives or tax breaks to consumers to fuel spending on e-cars, saying it won't happen during the current government's term. With fiscal belt-tightening and the euro bailout, there's greater competition today for funding. Meanwhile, Merkel's transportation minister, Peter Ramsauer, and Economics Minister Philipp Rösler have refused to back buyer incentive programs, arguing that road repair and construction should be given a priority.
Of the CEOs who came to the Chancellery, Daimler CEO Dieter Zetsche was the only one to turn up in an electric car. Was it symbolic of the lack of enthusiasm German carmakers have for battery-operated vehicles? Zetsche told German public broadcaster ZDF that Berlin should be happy if it succeeds in getting 500,000 to 600,000 e-cars on the road by the end of the decade. Like other auto sector executives, he is also calling for purchasing incentives like those sponsored by the French and American governments.
Members of the Green Party in parliament argued Monday that a purchasing subsidy could be made possible by repealing tax breaks for gas guzzlers and company cars. "If we don't create incentives, then the whole thing is going to fail," the party said in a statement. Others are less convinced about the efficacy of consumer incentives, arguing that they will benefit only those who are already thinking of buying an e-car.
On Tuesday's editorial pages, some of Germany's leading newspapers address the issue of e-cars. Most agree the pledge to promote clean cars hasn't met expectations. Some point blame at both the government and carmakers.

"The electric car is a good idea, even if the automobile industry doesn't seem to think so. But these days skepticism is prevailing. Auto industry executives complain that e-cars are too expensive and their development technically complex. Customers don't want to buy them because of their high price and low range. People shouldn't have any false hopes here either - it's going to take a while. Proof of that is the recent announcement by Toyota that it has stopped further development of purely electric vehicles. Things aren't going well when it comes to electric cars, and it's not only due to a lack of enthusiasm in the automobile industry. The force of inertia is strong. Besides, the industry understands more about pistons and four-stroke engines than it does about electrical technology. It also isn't clear today whether they will be able to recoup the billions that are being invested in the car of tomorrow. The risks are massive."
"German industry doesn't work together enough on the issue. Be it car companies or the electric companies that are supposed to provide tomorrow's power, they are just working past each other and not together. The idea of international cooperation doesn't even exist. After years of debate there aren't even common technical standards on e-cars in the European industry. … Instead executives repeatedly call for government subsidies and subsidized consumer incentives."

"There will be no government subsidy for purchasing electric cars for the time being. And that's a good thing. The goal of getting 1 million electric cars onto the road by 2020 can be reached without state assistance. The manufacturers have to make battery-powered cars cheaper and extend their driving range, then there will be enough buyers ready to pay out of their own pockets."


The left-wing Berliner Zeitung writes:
"One million electric cars by 2020. The goal set by Chancellor Angela Merkel cannot be reached. The government's E-mobility strategy has failed. The electric cars are far too expensive -- a small car costs at least twice as much as a comparable petrol-driven one. The range of 150 kilometers at most isn't big enough. And there is no infrastructure for charging batteries. That doesn't mean the electric car is dead. On the contrary. The future belongs to battery-powered vehicles."
"But new goals are now needed for the auto industry and they must be independent of technology. It makes most sense to impose significantly stricter CO2 emission limits. Scientists have confirmed that the current pan-European rules for emissions have had quite a big impact. Gasoline consumption and consequently CO2 emissions can already be cut by a quarter with technologies that have already been developed. A tougher limit could smooth the path for natural gas as a propellant that has long been neglected by carmakers. And with more ambitious requirements, carmakers would also be forced to redouble their efforts in electric mobility alongside using electricity from renewable sources."

1. National supervision and control must be ensured for all operations on the NCS (Norwegian Continental Shelf).
2. Petroleum discoveries must be exploited in a way which makes Norway as independent as possible of others for its supplies of crude oil.
3. New industry will be developed on the basis of petroleum.
4. The development of an oil industry must take necessary account of existing industrial activities and the protection of nature and the environment.
5. Flaring of exploitable gas on the NCS must not be accepted except during brief periods of testing.
6. Petroleum from the NCS must as a general rule be landed in Norway, except in those cases where socio-political considerations dictate a different solution.
7. The state must become involved at all appropriate levels and contribute to a coordination of Norwegian interests in Norway’s petroleum industry as well as the creation of an integrated oil community which sets its sights both nationally and internationally.
8. A state oil company will be established which can look after the government’s commercial interests and pursue appropriate collaboration with domestic and foreign oil interests.
9. A pattern of activities must be selected north of the 62nd parallel which reflects the special socio-political conditions prevailing in that part of the country.
10. Large Norwegian petroleum discoveries could present new tasks for Norway’s foreign policy. 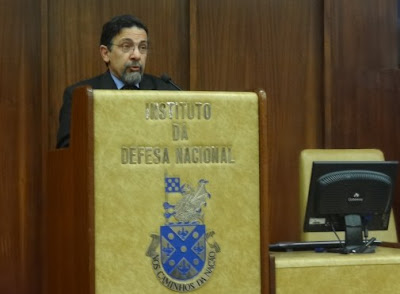 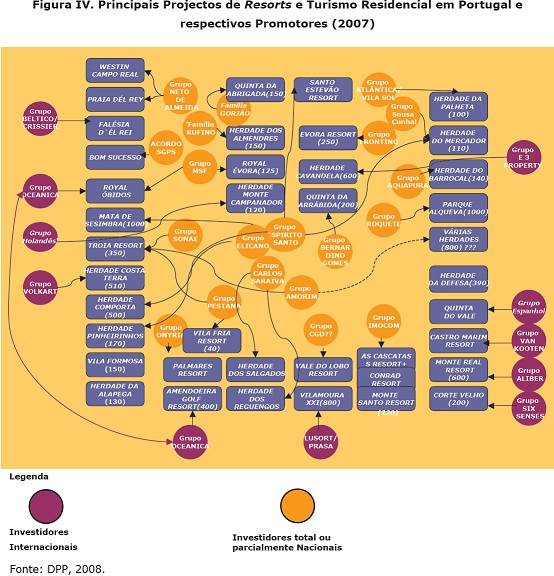 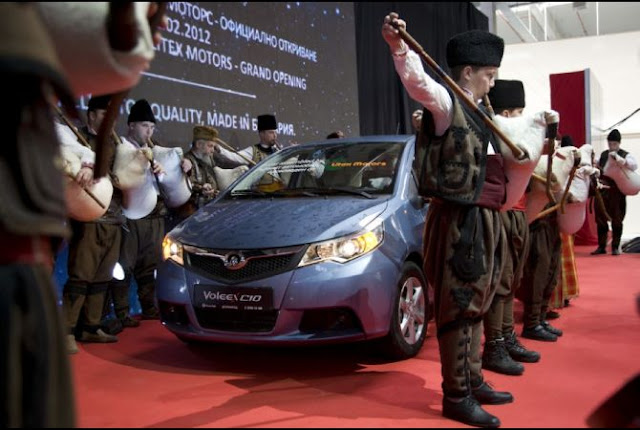 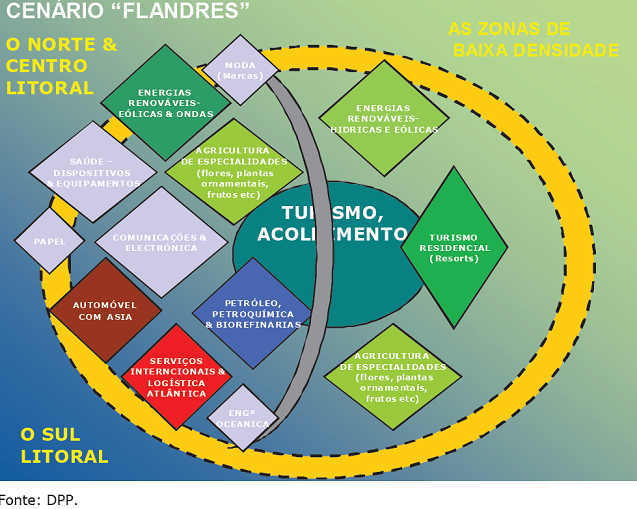